Difference between the Akita and  the American Akita.

Many of you have heard about the controversy surrounding the current status of the Akita. Since there seems to be more than a little confusion surrounding this issue let me give you a little background. 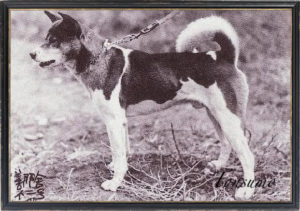 According to Japanese history, the ancient ancestor of the Akita was the Matagi-inu. Matagi-inu means hunting dog. As time went on, and the social history of the Japanese people developed, these hunting dogs were changed in conformation and temperament so they could also serve as guard dogs and subsequently as fighting dogs. With the advent of fighting, other breeds were crossed with the native Matagi-inu to produce larger and fiercer fighting dogs. In the early 1900’s the Japanese fanciers first became seriously interested in native Japanese breeds, their purity and preservation. The Akita did not get its name until 1931 when it, along with other native animals, was designated a Natural Monument by the government. Because Japan was almost constantly involved in wars, including World War I and II, during the first half of the century there were very few Akitas and three types of dogs were generally lumped together under the name Akita. These were the Matagi Akita which was the original hunting dog; the Fighting Akita which was a mixture of Matagi and several other breeds including Mastiff and Great Dane; and the so called German Shepherd Akita which was the result of breeders trying to save their dogs from confiscation by the

government. During the war the government decreed that most dogs be confiscated and used as a source of fur for military garments. Only German Shepherds were exempt because of their use as military dogs. Many fanciers bred their Akitas to German Shepherds in order to avoid them being killed for their coats. This, plus the fact that it was very difficult to keep and feed large dogs during these very difficult times, set the preservation process back considerably. Right after World War II, servicemen brought many Akitas to the USA. Other fanciers who had discovered this breed imported them up to the early 70’s. Most of these dogs were of the Fighting Dog type and the German Shepherd type. These were the Akitas most of us, including myself, fell in love with in the 60’, 70’s and 80’s.

The Akita was fully recognized as a breed by the AKC in early 1973. At that time, the doors were closed to further imports because the AKC did not recognize the Japanese Kennel Club. Meanwhile, in Japan the restoration process was in full swing. But even in Japan there was not total agreement as to what constituted the true Akita. There were five organization, all with their own standard promoting their version of the breed. The organization that became dominant, and is today the parent club for the breed in Japan, is known as AKIHO. Largely through the efforts of this club and its breeders the Akita in Japan changed dramatically from the dog found right after World War II.

The Japanese breeders decided that the true Akita was the ancient Matagi, or hunting type. The Fighting Akita type was also deemed incorrect because of the many foreign breeds that had been introduced over the past several hundred years in order to create it. Certainly, the German Shepherd type, a necessity because of the war, was not desired. In spite of the fact that the Akita breeders in Japan chose to promote the Matagi Akita, it must be understood that the Matagi and Fighting Akitas are both historically Japanese breeds. 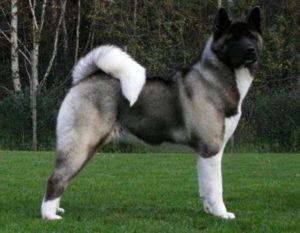 In the US, the breeders and fanciers were more drawn to the large and substantial dogs typified by what the Japanese call the Fighting Akita. Some Akitas of the Matagi type were brought in over the years. But by and large, our breeders preferred the Akitas typical of what we have today. When the AKC recognized the JKC in 1992, it opened the doors for further imports. By this time, the Japanese dogs had diversified even further from what we were breeding here. Many of us found them quite exotic and some breeders imported them to cross with our type. A few started to breed them true to the Japanese type and have continued to do so.

It was at this time that problems started to arise worldwide in regard to judging and breeding. Most Akitas in other countries had come from the US and were of our type. The FCI is a show giving organization with which most countries other than the US, Great Britain and a few other are affiliated. It accepts the standard of the country of origin for a breed. Japan started to push toward having the FCI judges judge according to the standard and wishes of Japan Kennel Club. They phased this in gradually. At first, not much was made of it. However, when it became apparent that Akitas with black masks and colors other than red, white and brindle could not receive excellent ratings, and eventually could not be used for breeding, the issue of the two types rapidly came to a head. Through pressure applied by several countries, most notably Mexico and the Central and South American countries the FCI as well as Japan were forced to face the issue. After all there were many breeders in the FCI countries who had and bred what became known as the American Akita, yet they could not show them and in some cases they could not even register them. In response, JKC organized the first World Akita Conference which was held in December 1996 in Tokyo.

At this conference, which I attended and included representatives of 14 countries, it was decided that the American type of Akita and the Japanese Akita were two different breeds and should be shown separately and not be interbred. JKC wanted the change to occur worldwide at the same time. FCI would have preferred that it happen right away. To that end, representatives from JKC have had meetings with both the Akita Club of America and AKC to present and discuss the issue. A second World Akita Conference was held in Haam, Germany in December of 1998. I also attended this meeting along with two Akita Club of America board members. At this meeting, it was again decided that the Akita would be divided into two breeds in the FCI countries as soon as possible. As a result both the Scientific Commission as well as the Standards Commission of the FCI have passed on this proposal and it will be voted on by the FCI assembly in June, just before the World Show in Mexico City. All indications are that it will be passed by an overwhelming majority. Much to the dismay of American breeders and breeders of American type Akitas in other countries, the name for the American type will be, at least for now, Great Japanese Dog.

Today we not only have American Akitas that cannot be shown or bred under FCI rules in the FCI countries, but also Japanese Akitas whose breeders and fanciers would like to have their dogs compete for AKC championships under their own standard and against their own type. In the FCI countries, the American Akita is the minority, while in the US it is the Japanese Akita that is at a disadvantage.

So just how do these dogs differ? The differences are so great that it is very much like comparing Malamutes to Siberian Huskies. The Japanese dogs are not as large or massive and heavy boned as ours. They are square in proportion and have a much more pronounced tuckup. The head proportions are more 50/50 whereas our standard call for a 40/60 (as two is to three) ratio between muzzle and top skull. Our standard allows all colors whereas the Japanese dogs are only allowed to be red, white or brindle with no pintos or black masks. Red and brindle dogs are required to have white shading on face, chest, inside of legs and under tail. In general the Japanese dogs have a striking resemblance to Shibas, but in a much larger size.

The problem of the two very divergent types has for all practical purposes been solved in the FCI countries. In fact American Akitas are now being exported in greater numbers to Europe and a few have already been exported to Japan in anticipation of the split into two breeds. In the US however, there is as much dissention amongst the fanciers as there was previously in the FCI countries. Many breeders want to split into two breeds and just as many do not. It is an issue that has generated a huge amount of debate. The Akita Club of America will be voting on whether to split the breed or not in the near future. My personal feelings are that the dogs are so totally different that a split into two breeds would be best for the breeds. How the ACA membership decides however, remains to be seen.

Addendum:  Since this article was written two significant events have occurred.  First the FCI has officially split the Akita into two breeds.  The two are now known as the Japanese Akita and the Great Japanese Dog(formerly American Akita) and compete in two separate groups. The name “Great Japanese Dog” for the American type was politically motivated and has not made breeders of American Akitas happy.  Second, a straw poll to consider a split of the breed in the US was not passed by the membership of the Akita Club of America.  This means that we will have to live with this dilemma for a few more years.

Update: As of January 1, 2006 the name Great Japanese Dog, has been officially changed in the FCI standard to “American Akita”.   The US is now the only major country in the world that has not divided the breed into two.